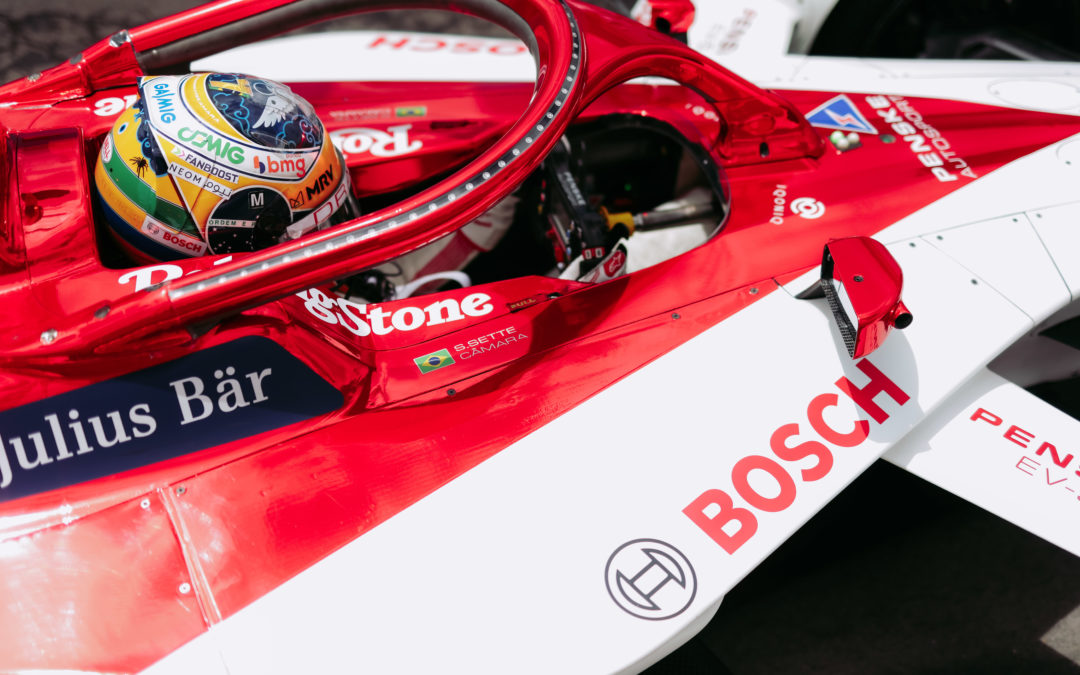 The 2021 season of Formula-E continues at full steam and even with the sanitary restrictions of some countries, little by little, the competitions start to receive the public back and to thrill everyone with their electrifying disputes and the adrenaline that involves the Electric car World Cup competition.

Making his debut season in the competition, the Brazilian  driver Sérgio Sette Câmara continues to show his talent and, despite the difficulties of the small Dragon Penske Autosport team, they have managed to evolve throughout the stages. After the implementation of the new powertrain, which took place only in the Monaco stage, the 22-year-old showed that the Penske EV-5 model has more speed and, mainly, greater autonomy in terms of battery consumption.

In the Puebla E-Prix, held two weeks ago for the first time at the circuit in Mexico countryside, the Brazilian driver showed a good evolution compared to the previous rounds of the Championship. After occupying the 11th position in the free practice of Saturday’s race, he qualified in ninth place for the first start and, had he not been hit in the race – which made him finish in 15th, he would have finished the race in the scoring zone. In Sunday’s disputes, valid for the eighth and ninth stages of the Championship, the Dragon team sought to improve even more the set-up of the #7 car and ended up not finding the ideal fit. With that Sérgio finished in the 16th place in the race, the same place in which he received the final flag.

In a broader analysis of the Championship, however, Sette Câmara is satisfied with the work he is doing with the Anglo-American team. “I think I’m having a very fruitful job here with Dragon. Since last year, when I did the last races of the year with them, I knew the car was not for us to fight for victories. However, everyone is very committed to improving not only the engine, but the entire technical setup. We developed our new powertrain a lot before launching it on the track and, in this race in Puebla, it was already possible to show a good evolution. There are still six races to the end of the Championship where we will race in three world metropolises – New York, London and Berlin. The first two I can say are our home races. Thus, we will do our best to achieve the best results and, if all goes well, we will return to a constant presence in the scoring zone”, concluded Sergio.

The sixth round of the F-E World Cup takes place between July 10th and 11th in the United States.