MRV Engenharia is the largest construction company in Latin America and invests permanently in the improvement and quality management of its products. Throughout its existence, the company has always been in tune with the market and its best practices, in addition to always prioritizing the needs of its customers. In 2014 MRV achieved two important certifications: ISO 14.001, which establishes strict standards in environmental management and OHSAS 18.001, which establishes strict standards in the management of health and safety of companies.
Since 1979 in the real estate market, MRV Engenharia is the country’s largest real estate developer for the middle and lower middle class, and is the only one offering houses and apartments in more than 145 cities in Brazil.

Multimarcas Administradora de Consórcios Ltda. was founded in 1978. In four decades of operations, Multimarcas Consórcios has grown to become one of the largest administrators in the country.
Commanded by President Fabiano Lopes Ferreira, and the managing partners Fernando Lamounier Ferreira and Magnum Lamounier Ferreira, it is the 1st in Minas Gerais and the 13th in the national ranking of the Central Bank of Brazil in revenue from administration fees.

Multimarcas Consórcios has 270 offices open in all Brazilian states and the Federal District. In addition to Sérgio Sette Câmara, the company is a sponsor of major Brazilian football clubs, such as Atlético Mineiro, Flamengo, Cruzeiro, América-MG, Villa Nova and Boa Esporte Clube.

The fastest growing administrator in Brazil has thousands of consortium members who have fulfilled their dream of a motorcycle, car or home with the purchase of a consortium.

Gasmig is the one exclusive distributor of piped natural gas in Minas Gerais State, through concession granted by the State Government in 1993. It presently serves the industrial, commercial, residential, automotive and thermoelectric segments.​The Company is one of the fastest-growing natural gas distributors in Brazil.
Our Corporate Responsibility and Sustainability programs focus on attending social problems along the communities related to the Company’s operations and also on preserving the cultural heritage of Minas Gerais, by making it accessible to a greater number of people. Every year, we expend a percentage of our profits on projects that intend to promote health and improve education, for assisting the community development.

The Ayrton Senna Institute is a non-profit organization that has more than 20 years experience working to expand the opportunities for children through education.
Inspired by the desire of the three times F1 World Champion Ayrton Senna, the mission of IAS is to bring quality education to the public schools in Brazil. IAS works in partnership with public sectors, educators, researchers and other organizations to create appropriate solutions to the problems of basic education.
The activities of IAS are financed by funds from donations and in partnerships with the private sector. The impact of the activity and transparency regarding the origin and application of the resources, are renowned for quality and reliability in the relationship between the private sector, government and the society to improve education in Brazil. 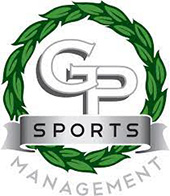 Julian Jakobi founded GP Sports Management in 2010 after more than 30 years of involvement with Sport, Entertainment and especially Motorsport. Today, he leads a diverse team with divisions in London, England & Costa Mesa, California.

Julian Jakobi and Adrian Sussman head up the Motorsport management team. Between the two, they have a combined 50 years of experience in Motorsport.

Based in Costa Mesa, California, Michael Regan joined the GP Sports Management team in 2012. With a 15 year background in the Action Sports Industry, Michael is leading a talented group of elite action sports athletes.