The Spanish round went bad for Sérgio Sette 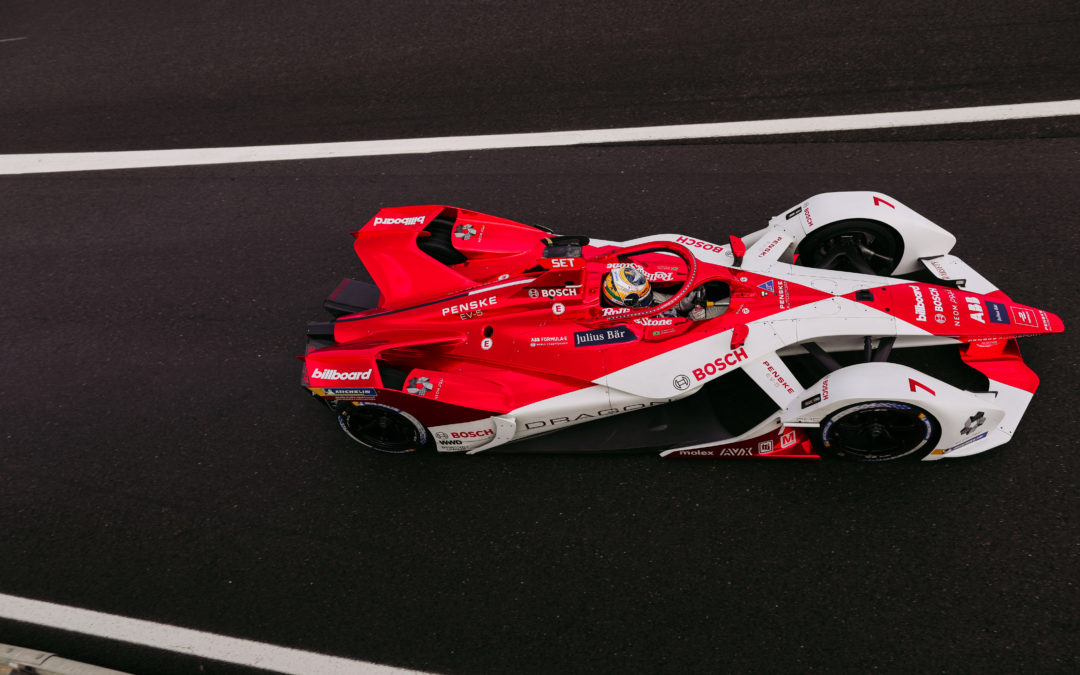 After passing through Saudi Arabia and Italy, the circus of the Formula E World Championship arrived this weekend on its first visit to Spanish territory. On the track at Autódromo Ricardo Tormo, in Valencia, which in fact received the pre-season tests for the category at the end of last year, drivers and teams were able to compete in the fifth and sixth stages of the competition.

In his first full season in the World Championship, the Brazilian Sérgio Sette Câmara, who competes in the #7 car of the American team Dragon Penske Autosport, arrived very excited for this round, mainly due to the climatic conditions. “We still have our old powertrain, which means that our car is less powerful than that of our competitors and, more than that, consumes more energy. So, with a wet track, we have the chance to save more energy because we don’t use the car’s maximum power in addition to regenerating more energy, since we need to brake more. In the sum of these two things, we managed to bring our group a little closer to the conditions of the others”, explained the 22-year-old.

The qualifying session for the first race was held early on Saturday morning. Serginho, in the third group, was unable to get the best out of his car with very unfavorable track conditions. He did his best, however, he was only in the 19th position for the start. Minutes before the race there was heavy rain in Valencia and the race was authorized with the track very wet. Sette, with a lot of experience in this type of surface, started a consistent recovery race and, with 10 laps completed, he was already the 11th in the race when, at the entrance to the pit straight, he was hit by a competitor and had to abandon the race. “I don’t think he did it on purpose, but it ended my race. In conditions like the track was, we have to be more careful. You can’t risk that much. There is a lot at stake there ”, concluded Sette Câmara with resignation.

The sixth stage of the Championship started with a quick warm-up session followed by the second qualifying session. For the first time at the weekend, the Dragon Penske Autosport team felt confident in their car to go further, and in the third group of the Qualy, Sérgio had real chances to get the Super Pole. However, the weather quickly opened up and,under the sun, the track dried up. Thus, with the ideal layout practically dry, the Brazilian ended up being surpassed by the competitors of the fourth group and had a not-so-bad 10th position on the grid ensured.

Race two of the weekend had its start authorized with sunny day and dry track. Sette Câmara, after a good start, remained in tenth place. In the first laps he managed to keep pace with his competitors and even fought for some positions. However, from the second third of the race, with each update of energy consumption, his car was clearly the one that consumed the most on the track, and with that, the driver had to greatly reduce his pace. So, in order to get to the end, he lost several positions finishing the race only in the 21st position.

“The weekend was really tough for us. The car wasn’t that bad, but, under the conditions we had, I think I managed to get as much out of my car as I could. I suffered a lot in all dry track situations due to our consumption conditions and lack of power. I thank everyone for cheering for me and for the votes of Fanboost and, God willing,  in Monaco, with the new engine and new powertrain, we can write a different story ”, concluded the driver.